This article, written by Francesco Bongarra, is an interview with Dr. Lorenzo Vidino about his book, The Closed Circle. Vidino pointed out, “Defining the Brotherhood’s role in Europe is ‘very difficult’ because unlike in the Middle East there are no groups or individuals that openly identify themselves as (linked to the) Brotherhood in any European countries.” Starting in the 1960s, Middle Eastern individuals and groups with links to the Muslim Brotherhood (MB) started creating highly influential networks thought out Europe, supported with funds from Qatar and Turkey. They used the “Arabs are the victims” ruse effectively to create a mindset in the European Arab community of “them against us.” Not only has this affected integration, the MB has helped convince some Arabs to become terrorists, joining MB or groups affiliated with MB. It is also important to understand that the MB wants to convince European administrations and media that it is representative of the Muslim communities in Europe. Note that the ECR Group (European Conservatives and Reformists) has published The Muslim Brotherhood in Europe October 2021. It is available at https://ecrgroup.eu/files/MuslimBrotherhood.pdf/. Its introduction begins, “Understanding the Muslim Brotherhood in Europe is complex. Indeed it has been made deliberately so by the secrecy surrounding the organisation, and its tendency to operate more as an ideal than a formally structured political organisation. This has obscured understanding by policy makers in Europe. Given the number of former activists now emerging from this milieu, greater understanding of the Ikhwan’s nature and long term aims is now available. The European Union needs to listen to these voices, and compare them to what has been said by some of the Muslim representative organisations in Europe.”

AUTHOR: Francesco Bongarra is a journalist who writes for Arab News. 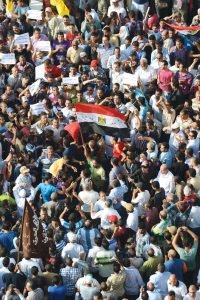 Egyptian opponents of the Muslim Brotherhood and President Mohamed Morsi (top) confront government supporters in Tahrir square in Cairo on October 12, 2012, in the worst violence over Egypt’s new Islamist leader, a day after he crossed swords with the judiciary. The health ministry said at least 12 people were wounded as protesters showered each other with stones, after Morsi supporters tore down a podium from which anti-Brotherhood chants were being orchestrated. AFP PHOTO / KHALED DESOUKI (Photo by KHALED DESOUKI / AFP)

ROME: European governments should not fall for the Muslim Brotherhood’s attempts to be seen as the representative of Muslims, says Dr. Lorenzo Vidino, an expert on Islamism in the West.

The Brotherhood is “a problematic entity within the Muslim community” whose influence as “dangerous,” he told Arab News in an exclusive interview.

Defining the Brotherhood’s role in Europe is “very difficult” because “unlike in the Middle East … there are no groups or individuals that openly identify themselves as (linked to the) Brotherhood in any European countries,” said Vidino, who is director of the Program on Extremism at George Washington University and author of the recently published book “The Closed Circle: Joining and Leaving the Muslim Brotherhood in the West.”

The Muslim Brotherhood was founded in Egypt in 1928 by Hassan al-Banna and has sought to establish a worldwide Islamic caliphate. It has influenced Islamist movements around the world with its model of political activism combined with charity work. By the late 1940s, the group is estimated to have had 500,000 members in Egypt, and its ideas had spread across the Arab world.

According to Vidino, from the 1960s, individuals and organizations with links to the Brotherhood in the Arab world moved to the West and “created networks throughout Europe that are now fairly independent from the Middle East.” 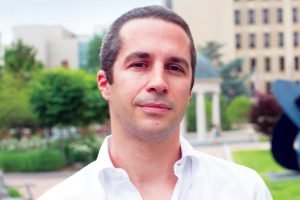 They “adopt the ideology of the Brotherhood” but are “for the most part free to choose their tactics and strategies,” said Vidino, whose research has focused on the mobilization dynamics of jihadist networks in the West, and the activities of Brotherhood-inspired organizations.

“These networks have been able to exert an influence that’s much greater than their small numbers.”

They are “highly problematic” because of the impact they have on social cohesion and integration in Europe, said Vidino, who has held positions at Harvard University’s Belfer Center for Science and International Affairs at the Kennedy School of Government, the US Institute of Peace, RAND Corp. and the Center for Security Studies in Zurich.

“The message they send out, at least internally within the Muslim community, is a very polarizing one. It creates a mindset of ‘us’ and ‘them,’ of constant victimhood, which pushes the idea that the West is out to get Muslims and is against Islam,” he told Arab News.

“This obviously creates a very divisive society. It prevents the integration process. It poisons relationships between communities.”

Opponents of the Muslim Brotherhood argue that it has become a breeding ground for terrorists. For instance, Ayman Al-Zawahiri, the leader of Al-Qaeda, joined the Brotherhood in the 1960s, when he was 14. In comments to Arab News last year, Dr. Hamdan Al-Shehri, a Saudi political analyst, said: “One must remember that terror organizations like Al-Qaeda and Daesh drew inspiration from Muslim Brotherhood ideologues.”

Dr. Vidino added: “Significant attention has been devoted to the activities of members of the Egyptian branch of the Brotherhood living in London. This small cluster of a handful of senior leaders and young activists is engaged in media, legal and lobbying efforts aimed at challenging the current Egyptian regime.” 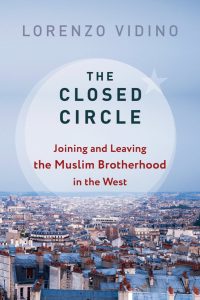 The Egyptian government declared the Muslim Brotherhood as a terrorist group in December 2013, after accusing it of carrying out a series of bomb attacks in Cairo.

With the group pushed underground in Egypt and a number of other Arab countries, many of its members and top supporters found refuge in Turkey and Qatar.

A book published last year by two French investigative reporters, Georges Malbrunot and Christian Chesnot, claimed to reveal the details of lavish payments made by Qatar to Muslim Brotherhood organizations across Europe. Titled “Qatar Papers – How the State Finances Islam in France and Europe,” the book is reportedly based on official documents and testimonies that shed light on Doha’s extensive funding to promote the Brotherhood’s ideology on the continent.

The book published evidence of cheque and money transfers from Qatar that had been used to underwrite Brotherhood-linked projects around Europe.

Vidino, who has testified before the US Congress and other parliaments and has advised law-enforcement officials worldwide, says the Muslim Brotherhood in the West is “such a secretive organization. It even denies it actually exists.”

“This is why I thought that one of the best ways to get information about it and its structure, on what it thinks and wants, was to interview people who are part of that organization in the West,” he told Arab News.

While there are “different experiences” among those he interviewed for his book, “all of them were recruited after a very long process. They became part of what they described as a very sophisticated machinery in each country.”

Vidino added: “All of them eventually left for different reasons that had something in common: They all saw internal corruption within the organization and a lack of internal democracy. They all came to see the Brotherhood as deceitful. They saw a lot of hypocrisy, a lot of using religion to pursue purely political goals.”

People who leave the group are “ostracized,” he said. “They lose a lot of their social circles because being a member of the Brotherhood is a fully absorbing experience.”

He added: “It’s obviously difficult for anybody who has devoted 10, 20 years of their life to say that they were wrong, and that the organization and the ideology they devoted their lives to was incorrect. It takes a lot of intellectual courage to do so.”

Some apparently do summon up the requisite intellectual courage. For instance, a recent report in the German news media was part of a cache of leaked confidential documents that shed light on Qatar’s use of its wealth and charities to fund and infiltrate mosques, activate Muslim Brotherhood networks and buy influence across Germany.

The documents reveal that Qatar Charity has used its deep pockets to fund at least 140 mosques and Islamic centers across Germany since it began its campaign — costing an estimated €72 million ($84.69 million). In 2016 alone, the charity spent roughly €5 million on various construction projects in major German cities, including Berlin and Munich.

Not far behind Qatar is Turkey, which has provided various forms of support to the Muslim Brotherhood, including granting asylum to wanted Brotherhood members and equipping them with satellite TV and radio stations. In a recent paper titled “Erdogan’s influence in Europe: A Swedish case study” in The Washington Institute’s Fikra Forum, Magnus Norell, adjunct scholar, wrote: “Turkey’s political leadership appear deeply invested in a number of small European parties that align with Erdogan’s own political vision he is enacting in Turkey.” 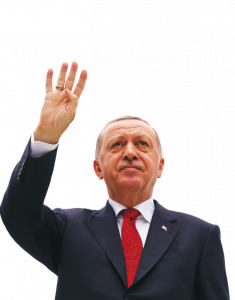 Norell said Erdogan explicitly outlined his policy on Albania TV in June 2017, when he said that there was nothing wrong with supporting political parties in the Balkans and other European countries that shared an ideology similar to that of his Islamist AKP, and that “nobody should be bothered by this effort.”

Referring to its presence in Europe, Vidino describes the Muslim Brotherhood as “a very elite group.” “To them it’s not about big numbers. You don’t simply join. They’re very selective in who they take,” he told Arab News.

“We’re not talking about very big numbers. We’re talking about maybe a few hundred people in a country like Italy, maybe 1,000 in countries like France or Germany. Their power lies in their ability to mobilize other people, to influence a Muslim community, to influence policymaking in the West … They have a keen ability to adapt to the environment.”

Muslim Brotherhood members, he said, want to be viewed by “Western establishments, governments, media and so on as the representatives of Muslim communities and basically to become those who shaped Islam in Italy, in Germany and Sweden, in Belgium and so on.”