Archaeologist Eli Shukron announced that a 2000-year old seal engraved with a bird and a branch with five fruits was found while excavating the Emek Tzurim National Park along the foundation stones of the Western Wall in Jerusalem’s Old City. As the Israel Antiquities Authority noted, “[The] seal portrays the biblical persimmon plant–not related to the familiar fruit of the same name–used during the Second Temple period as one of the more expensive ingredients for producing incense, perfume, medicines and ointments. […] This is an important find, because it may be the first time that a seal has been discovered in the entire world with an engraving of the precious and famous plant, which until now we could only read about in historical descriptions.” 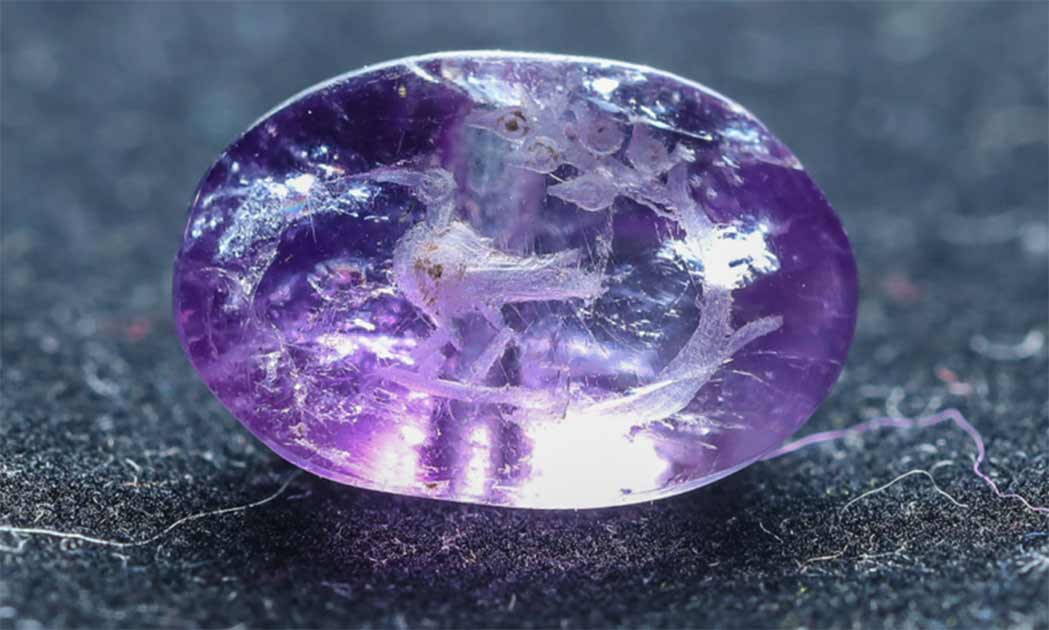 amethyst seal A 2,000-year-old amethyst seal, bearing an engraving that depicts the Balm of Gilead or biblical persimmon plant, was found in Jerusalem, October 2021. (Credit: Eliyahu Yanai/City of David)

Is there no balm in Gilad? Can no physician be found? Why has healing not yet Come to my poor people? (Jeremiah 8:22)

The Land of Israel continues to give forth its precious treasures! Just last week the City of David tweeted a New Discovery Alert of an incredible recent find in Jerusalem. A stunning stone was found at the Pilgrim’s Road containing the first depiction of the famous Balm of Gilead plant on a 2,000-year-old amethyst seal from the time of the Second Temple!

“This is an important find, because it may be the first time that a seal has been discovered in the entire world with an engraving of the precious and famous plant, which until now we could only read about in historical descriptions,” said archaeologist Eli Shukron, who conducted the excavation on behalf of the Israel Antiquities Authority and the City of David. 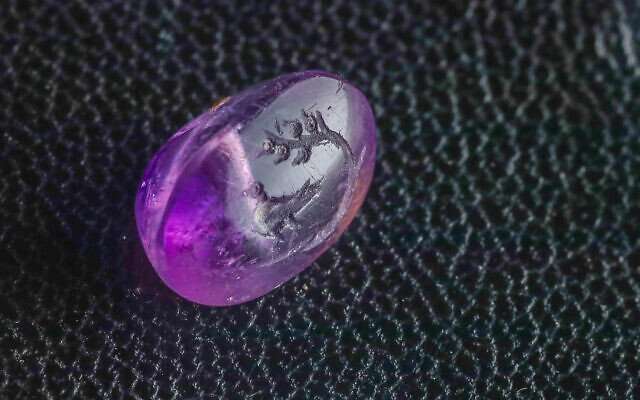 This is an enhanced image of the 2,000-year-old amethyst seal, showing clearly the bird, likely a dove, and the persimmon plant.

precious plant with many important usages in ancient times as described throughout the Bible. It is first mentioned in Genesis, after Joseph’s brothers threw him into the pit:

Then they sat down to a meal. Looking up, they saw a caravan of Ishmaelites coming from Gilad, their camels bearing gum, balm, and ladanum to be taken to Egypt. (37:25)

Balm from Gilad was a valuable commodity the merchants were looking to trade in Egypt, perhaps for its medicinal qualities. Jeremiah 8 records God’s warning to Israel of what Babylon would do to them. Upon hearing the devastating news, the prophet laments,  “Is there no balm of Gilead?” meaning, can nothing be done to prevent the calamity?

According to legend, the fabled plant was a gift from the Queen of Sheba to King Solomon, according to Josephus. Its orchards were owned by King Herod, looted by Marcus Antonius, and gifted to Cleopatra. Its branches were carried by Titus along with the Golden Menorah in the Roman Empire’s triumphant march to Rome after the conquest of Jerusalem.

The famous Balm of Gilead came from a plant that grew in abundance near Jericho. There it was turned into oil which was used for incense in the Temple. However, after the destruction of the Temple, the wondrous plant disappeared.

With the miraculous modern restoration of the People of Israel to the Land of Israel, the Balm of Gilead has been rediscovered thanks to the pioneering efforts of a farmer named Guy Erlich. Erlich spent years researching the botany, geography and history of the Holy Land and rediscovered the lost plant.

Erlich has since set up Balm of Gilead Farms[2] near the Dead Sea where he is cultivating thousands of ancient plants for both historical and religious purposes.

According to Rabbi Israel Ariel, the chairman of the Temple Institute in Jerusalem:

“In my opinion, the Balm of Gilead Farm is an important initiative, in both the Zionistic and the religious and spiritual sense.

It is essential in our times to learn as much as we can regarding the incense of the Temple, for we are the generation of the rebirth. Therefore, it is of great importance that we continue this research; we must prepare for the eventual regular supply of quality and authentic components for the incense blend, to be used in the Third Temple.”

May the discovery of the purple seal prove to be an important step in the full restoration of the miraculous healing that the Balm of Gilead has long represented, Amen.

This a picture of the ancient persimmon plant. 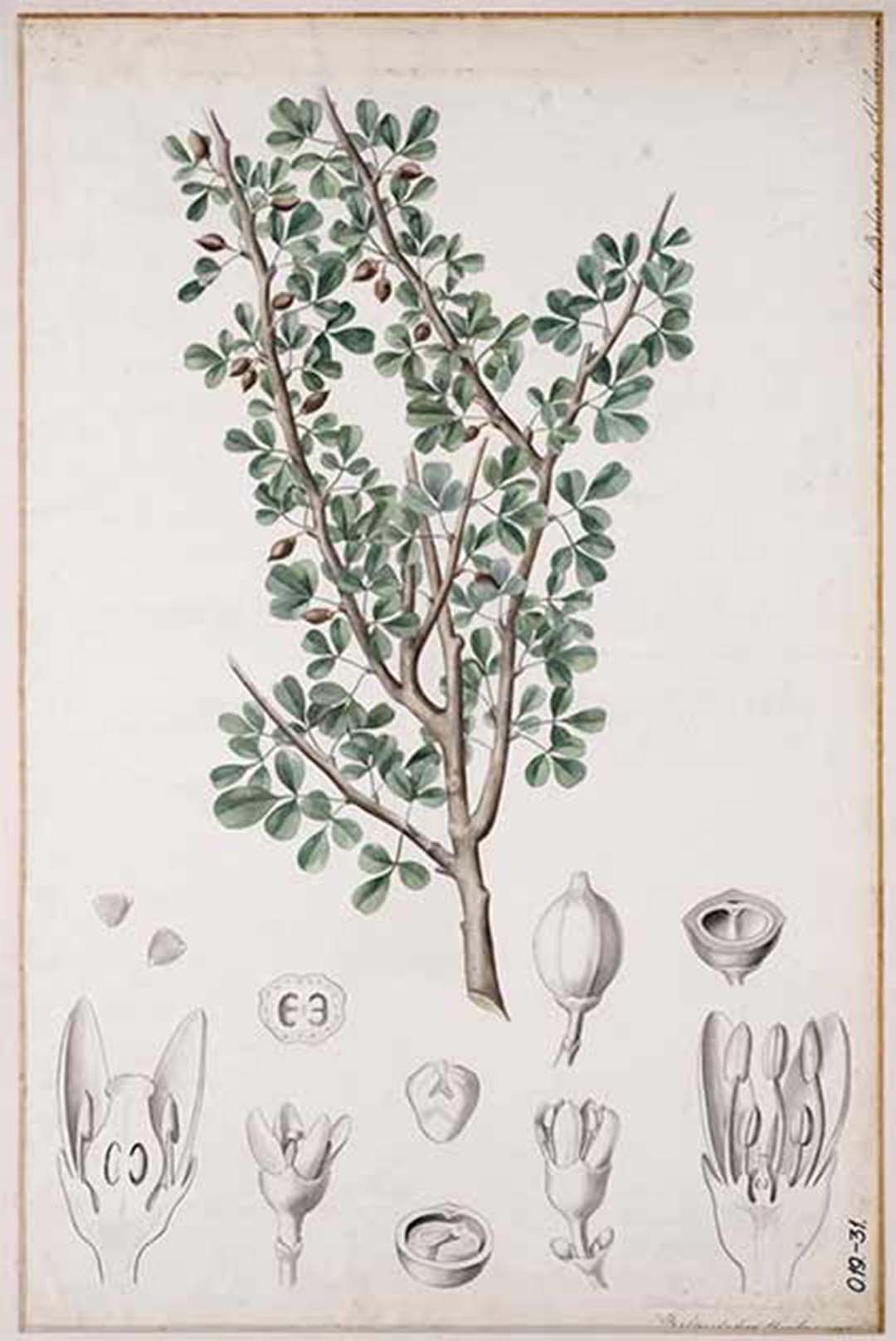 Enhanced image of 2000-year-old amethyst seal bearing image of a bird and the ancient persimmon plant.