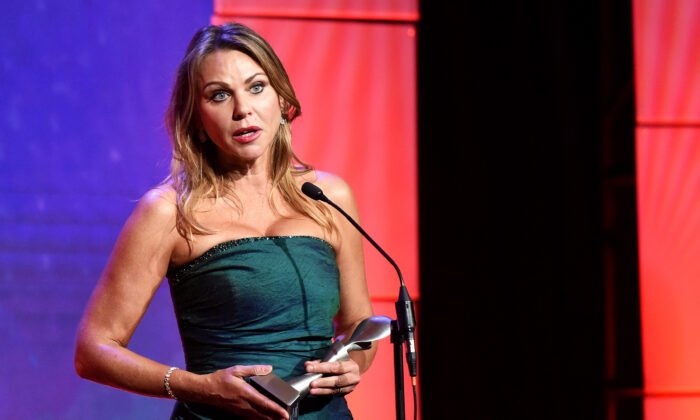 Our profession today is unrecognizable says investigative journalist Lara Logan. She has reported on everything from war zones to gang warfare to the Benghazi scandal, making her an excellent choice to inquire “how has the media landscape radically transformed in recent years?” From aiming for neutrality, nowadays, “[m]any journalists in their reporting now blur the lines between fact and opinion.” What is true for the media is equally true for companies such as Facebook, Twitter, and Google. She wisely points out, “If they control the narratives, they control this flow of information, they control what we report, what we don’t report, how we report it, what we do with it, what people say about it they manage perception, they distort perception. A frightening situation that has come to fruition. The video is here. AUTHORS: Isabel van Brugen is an award-winning journalist and currently a news reporter at The Epoch Times. She holds a master’s in newspaper journalism from the University of London. Jan Jekielek career has spanned academia, media, and international human rights work. He joined The Epoch Times in 2009. full time. He is the producer of the award-winning Holocaust documentary film “Finding Manny.”

This article was published May 18, 2021 by The Thinking Conservative and is archived at https://www.thethinkingconservative.com/lara-logan-propagandists-and-political-assassins-have-infected-the-media/.

LARA LOGAN: PROPAGANDISTS AND ‘POLITICAL ASSASSINS’ HAVE INFECTED THE MEDIA

The state of the media in the United States has shifted over the years to the extent that the industry is no longer recognizable, former correspondent for CBS’s “60 Minutes” [1] Lara Logan told The Epoch Times.

“Our profession today is unrecognizable,” investigative journalist Logan said during an interview for “American Thought Leaders,” [2] noting that since she started out in the industry nearly three decades ago, it has changed “dramatically,” and in many ways, “not for the better.”

Logan, now the host of Fox Nation’s “Lara Logan Has No Agenda,” has been at the frontlines for years, reporting on everything from war zones to gang warfare to the Benghazi scandal.

Born in Durban, South Africa, Logan spent much of her time as a young journalist covering rallies by the ruling party at the time. She told The Epoch Times that what stood out to her then, was that journalists never showed partisanship, bias, or personal feelings toward members of the government.

“I’ll never forget that when, I think it was the president stopped speaking, and everyone applauded. None of the journalists clapped. That was where I learned you don’t show as a journalist your partisanship… and nobody in the press corps did—that was just a standard,” Logan recalled.

“It’s really a symbol of the separation that journalists tried to put between themselves and the politics of the day. And think about where we are now—that certainly was not in evidence in the last administration,” she continued, referring to the administration of former President Donald Trump.

“It was truly shocking to me during the 2016 [presidential] campaign to hear and see journalists and newspapers of record… you know, even any attempt or pretense or trying to be objective, and rally behind these political operatives and political organizations, to ensure that this person doesn’t get into office,” Logan added.

Many journalists in their reporting now blur the lines between fact and opinion, Logan said, criticizing reporters who rely on anonymous sources in their pieces—something she argues can be exploited to conceal motivation.

“Sourcing is so important, and today that’s just been completely obliterated for the worst possible reasons to give cover to political operatives and people with political motives, to spread disinformation that harms the profession of journalism,” said Logan. “That is a disgrace to every one of us who call ourselves journalists. Most importantly, it is really harmful to the ability of the American people to understand and know the truth so they can try to make the best possible decisions.”

“They’re not journalists. They’re political assassins, working on behalf of political operatives and propagandists, who do not care one bit about real journalism or honesty or anything like that,” Logan argued.

Companies such as Facebook, Twitter, and Google have drawn intense scrutiny for perceived political bias and alleged unbalanced moderation of users’ content. Critics say much of the companies’ moderation in the past year has unfairly targeted conservative speech and speech from individuals deemed to be supporters of Trump.

Meanwhile, groups on the other side of the aisle have been taking issue with how social media companies are operating, claiming that the Silicon Valley companies have failed to adequately address misinformation that is being proliferated online.