Perhaps the degree to which the media are committed to condemning and distorting whatever Israel does is best shown when the Muslims are clearly in the wrong. In this particular instant, Muslim listeners to a hate-filled sermon in the mosque on the Temple Mount became a frenzied mob that attacked the Israel police with rocks and fireworks, which just happened to be stockpiled there. Raheel Raza writes about “Israel getting the raw end of the deal and with little or no context. The news stories portray a victimized Muslim/Palestinian community during the last important days of Ramadan (the holiest month of the Islamic calendar) being attacked indiscriminately by wicked Israelis. As a result, all over the Muslim world, Muslims are in a hysterical frenzy posting on media, social media, writing, and exposing the evil, ” The success of the media can be shown even in the comments to Raza’s article; almost all believe Israel routinely oppresses the Palestinians.

AUTHOR Raheel Raza is a Pakistani-Canadian journalist and author. She is known for her condemnation of Islamic terrorism and the ugly nature of what is known as Islamic extremism.

This article was published May 12, 2021 by The National Telegraph and is archived at https://thenationaltelegraph.com/world/mainstream-media-pushes-islamist-propaganda-about-israel-during-wave-of-terrorism/.

Major coverage in mainstream media is about violent clashes in Israel this past week and ongoing.

The Globe and Mail (one of Canada’s main newspapers) covered the story on May 10 with the headline “Flag Waving Israeli March to Go Ahead” and the story repeated the same paragraph twice about Israeli police clashing with hundreds of Arab students.

The point being is that most mainstream coverage of the incidents as one-sided with Israel getting the raw end of the deal and with little or no context. The news stories portray a victimized Muslim/Palestinian community during the last important days of Ramadan (the holiest month of the Islamic calendar) being attacked indiscriminately by ‘wicked’ Israelis. As a result, all over the Muslim world, Muslims are in a hysterical frenzy posting on media, social media, writing, and exposing the ‘evil’.

If I, as a Pakistani-born Canadian Muslim had not visited Al Aqsa Mosque for Friday prayers on my visits to Jerusalem, perhaps I too would have been influenced by this blatant one-sided propaganda against Israel. I have been there and have heard disturbing hate-filled Friday sermons inciting Palestinians to rise against Israel. It starts with a fiery sermon from the pulpit and then after the prayers a few selected Palestinian youth start raising slogans against Israel and a bomb of frenzied worshippers is created. There is very little faith and lots of politics with calls to violence. The Palestinians use Al Aqsa as their launching pad for violence and terrorism. Now they are using the holy month of Ramadan to perpetuate their planned attacks when as Muslims they should know that violence, war, and fighting is specifically prohibited during Ramadan. By the way, this has very little to do with the holiest day of Ramadan (as they are crying) but has more to do with Jerusalem Unification Day among other issues.

According to one report, Palestinians threw chairs, shoes, rocks, and bottles, and shooting fireworks at Israeli police. In the days leading up to Friday’s mass rioting in the Temple Mount compound Palestinians had stockpiled stone slabs, rocks, and fireworks around the site. The police responded with stun grenades, tear gas, and rubber bullets.

Another Muslim who is incensed by the events is Noor Dahri, Executive Director of ITCT – Islamic Theology of Counter-Terrorism.

The recent clash at Al-Aqsa was pre planned by Hamas before the month of Ramadan and it has a few strong reasons behind it….Hamas has launched rockets attack at Jerusalem and thousands of residents run to hide in bomb shelters which was not a good sign as it would be seen a direct attack at Israeli capital and Israel would definitely take military action in Gaza and this is what Hamas wanted to repeat the same military operation of Ramadan War (Operation Protective Adge) in 2014.

The crux of the crisis is Shaikh Jarrah in East Jerusalem. This area holds deep religious and historical significance for Jews. A small Jewish community lived in the area before 1948, when East Jerusalem fell under Jordanian control. Israel captured East Jerusalem from Jordan in the 1967 Six-Day War and later annexed it, in a move not recognized by most of the international community. There have been moves to evict tenants who did not pay the rent.

According to Khaled Abu Toameh writing for The Jerusalem Post, “The Palestinians have succeeded in turning the dispute over the ownership of a number of houses in the East Jerusalem neighbourhood of Sheikh Jarrah into a major crisis that has now caught the attention of the United Nations, the European Union and the US administration, as well as several countries and local and foreign media organizations.” 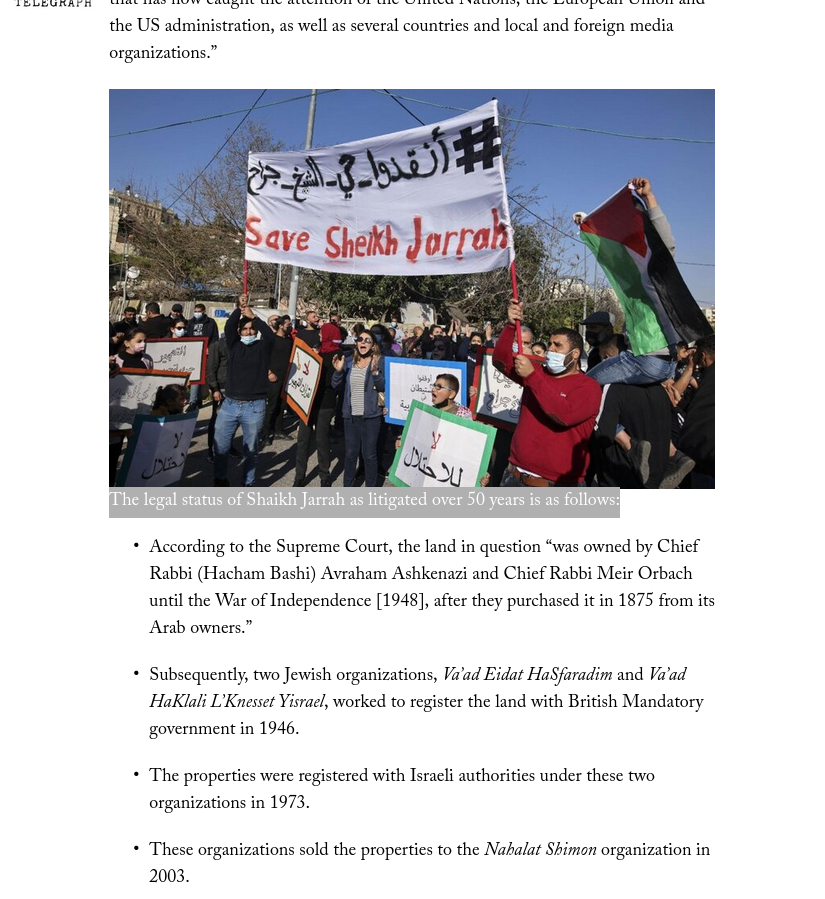 On February 10, 2021, the Jerusalem District Court upheld an October 2020[1] Jerusalem Magistrate Court decision, requiring a number of Sheikh Jarrah residents to vacate properties they are living in by May 2, 2021. Following this decision, the residents appealed to the Supreme Court. The Court gave the two sides until May 6,[2] to report if they have reached a compromise to settle out of court. Since then, the hearing has been postponed.

Human Rights Watch (HRW) report accused Israel of engaging in ‘apartheid’ practices, while International pressure has put Israel on the spot as the perpetrator of crimes, even calling this an International criminal offence. Meanwhile, rocket fire from Gaza continues causing at least 39 fires in Israeli fields plus arson balloons and burned tires.

There has been very little said outside of Israel about the involvement of Iranian supported Hamas and Hizbullah, not just for this current crisis but for a long time. Hamas has never been shy about their intentions telling youth to “harm the enemy everywhere” while supporters fly Hamas flags and repeat chants of ‘victory’.

“We are all Hamas, waiting for your orders commander Mohammed Deif. Hamas — shoot a rocket at Tel Aviv tonight,” they were quoted as chanting by Channel 13 News, referring to the head of the terror movement’s armed wing. 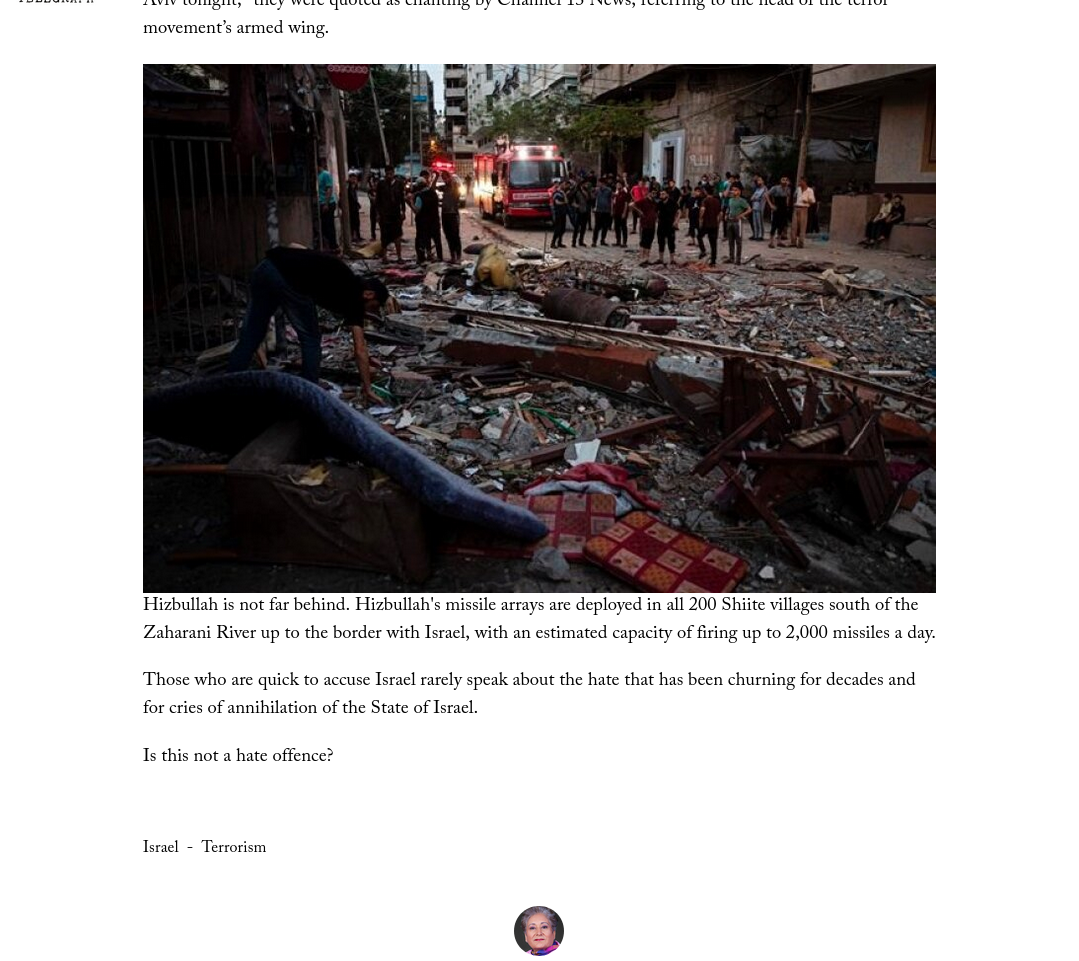 The legal status of Shaikh Jarrah as litigated over 50 years is as follows:
Footnotes