THE ASSOCIATED PRESS (AP) WAR OF WORDS AGAINST ISRAEL

Question: how does the AP describe an Israeli counter-terrorism operation? Answer: “Israeli troops kill Five Palestinians in West Bank gun battles.” What makes the AP reporting so pernicious is that AP “supplies international news to western news media who can’t afford their own international bureaus … The AP News Agency has approximately 15,000 media customers that in turn shares its reports to half of the world population every day…” Howard Rotberg writes, “There is no other country that AP subjects to such obvious journalistic lies, so we can consider AP to be an antisemitic organization.” AP’s word war on Israel isn’t new. “Way back on September 30, 2000, the Associated Press published a photo of a bloodied youth standing near an Israeli border policeman. As the pro-Israel media watch-dog Honest Reporting put it: ‘The caption identified the victim as a Palestinian, although the truth quickly surfaced: The person in question was actually Tuvia Grossman, a Jewish student from Chicago. The Israeli security officer was trying to protect him after he and two friends were pulled from their taxi by a mob in an Arab neighborhood of Jerusalem and severely beaten and stabbed.’ AP even has its own vocabulary. Savvy readers have learned that ‘Arab militants’ are actually ‘barbaric terrorists,’ and ‘protests’ is AP’s way of labeling Arab ‘violent riots’. What is still a mystery is why is AP targeting Israel? Do they have a particular reason for always slamming Israel? Is a particular person hung on Israel running this show? Is it a particular group with ingrained hatred? Or is the Associated Press leadership a bunch of run-of-the-mill anti-semites, who stand out only because they are big enough to do lots of damage?

AUTHOR: Howard Rotberg, a retired lawyer, is the “the author of four books concerning ideologies, political culture and values.”

This article was published October 04, 2021 by Arutz Sheva’s Israel National News and is archived at https://www.israelnationalnews.com/News/News.aspx/314413/.

THE ASSOCIATED PRESS WAR OF WORDS AGAINST ISRAEL

There is no other country that AP subjects to such obvious journalistic lies, so we can consider AP to be an antisemitic organization. 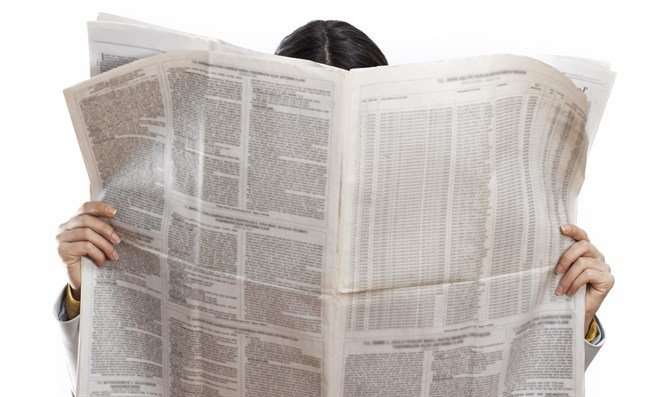 Associated Press (AP) is at it again. See: There you will find an article with a headline saying that “Israelli troops kill Five Palestinians in West Bank gunbattles”[1] which is actually a biased report on an Israeli counter-terrorism operation against Hamas terrorists. The article terms as “militants” those terrorists who target civilians, so as to give them some kind of moral equivalency to the Israeli army, when they should be pointing out that the dead operatives were terrorists planning an attack on Jewish civilians.

The AP News Agency has approximately 15,000 media customers that in turn shares its reports to half of the world population every day, writes Amotz Eyal/TPS. Its bias, therefore, is a major problem for Israeli hasbara.

Its anti-Israel bias has been well documented by the late Manfred Gerstenfeld in “The Associated Press Has a Clear and Dangerous Anti-Israel Bias” [2] who wrote: “One wonders whether journalists new to the AP’s Israel office get an introductory session where they are told that they must not make use of the words ‘Palestinian terrorists’.”

Amotz Eyal, TPS, in “The Associated Press (AP): A history of biased and anti-Israel media” [3] writes, citing examples, that “the agency, which is supposed to be international, objective and professional, repeatedly reveals serious biases in its reporting on Israel.”

Bassam Tawil at Gatestone Institute, in “Why Western Media is Biased Against Israel”,[4] writes of a reporter at AP: “The AP evidently knew that Hamad was engaged in political activities. It nevertheless chose to turn a blind eye because Hamad was directing his hate only against Israel. As far as the AP is concerned, the moment Hamad spoke out against the brutality and repressive measures of the Palestinian Authority security forces, he crossed a red line. That is when he was informed of the decision to terminate his employment.”

Tzvi Ben Gedalyahu “AP Anti-Israel Bias Exposed”,[5] shows how as much as ten years ago during the Mavi Marmara flotilla crisis, AP was excoriated by the Washington Post for skewed reporting on Israel.

Way back on September 30, 2000, the Associated Press published a photo of a bloodied youth standing near an Israeli border policeman. As the pro-Israel media watch-dog Honest Reportingput it:

“The caption identified the victim as a Palestinian, although the truth quickly surfaced: The person in question was actually Tuvia Grossman, a Jewish student from Chicago. The Israeli security officer was trying to protect him after he and two friends were pulled from their taxi by a mob in an Arab neighborhood of Jerusalem and severely beaten and stabbed.”

We live in a world of short tweets and people who only read headlines and look at pictures. The photo and the horrible allegation by Associated Press, became an iconic part of anti-israel lies, which I call the War of Words against Israel.

On the issue of those powerful misleading headlines, see this report[6] on how AP headlines cast terrorists as victims.

Associated Press has learned nothing. There is no excuse for the recent headline saying “Five Palestinians killed in West Bank Fighting”. That is improper because it implicitly promotes the idea of moral equivalency, when the facts are that Hamas’ constitution calls for the destruction of the State of Israel, and that should be made clear in all reporting. The headline should make it clear that the dead were mainly from the Hamas terrorist group and were preparing a terrorist attack; they were not innocent civilians The article admits that 4 out of the 5 deceased Palestinians were Hamas operatives.

When Hamas recently fired thousands of missiles at Israeli civilians, we learned that AP was actually housed in the same building with the Hamas terrorist group. AP has said it had no knowledge that Hamas operated out of the building, as Israel claimed. One wonders about the thoroughness of any news organization that doesn’t realize that some of the world’s worst terrorists are in the same building.) See also this article in[7] the Spectator.

The deaths here discussed happened during an anti-terrorist confrontation. It is improper to call Hamas operatives “militants” as that term should be reserved for militaries targeting military targets; Hamas is a terrorist organization targetng civilians, and this is a breach of the Geneva Convention and a war crime. On the other hand, Israel takes all reasonable precautions to avoid civilian casualties and a lawyer expert in military law is often assigned to IDF units. Arab civilians who have rocket launchers in their buildings are given warnings to vacate before Israel destroys the rockets meant for children and other civilians – murder of civilians is how terrorism works..

AP says that tensions were increased due to Israeli settlement construction, in the heartland of ancient Israel which was returned to Israel in 1967 as the Arabs attacked with the aim of killing millions.. The Palestinian Arabs have three times refused to negotiate the transfer of much of this disputed territory by Israel, as they do not seek just more land but all of Israel’s land in the first front of Islamist determination to rid the Middle East of non-Muslims.

Moreover, the article says that other Palestinians in recent months have been killed during “protests”. Again that is a misleading incorrect term; they were not nonviolent “protests” but were violent “riots”. There is no other ctountry subject to such journalistic lies, and so I consider AP to be an antisemitic organization.

I admire the work of Barry Shaw of the Israeli Institute for Strategic Studies who wrote the truth in a Facebook posting.:

“At this hour soldiers of the IDF, including special ops units and the Shin Bet, are breaking up active terror cells in Jenin and other Arab towns who were in an advanced stage of multi-target terror attacks in Israel.

“What has been disclosed is that a large quantity of explosives were found in one location that was intended to be used in a terror attack in the coming days in Jerusalem.

Other information is that Haifa and Netanya were also intended targets.”

Associated Press should be asked why it is that only Jews are supposed to tolerate rockets, terrorists and a genocide, which would only increase if more land was given to Arabs. These Arabs are guided by Iran and who explicitly voice their intention to ethnically cleanse all Jews from Israel – now that they have ethnically cleansed them from all other Arab countries, except for the few who have signed on to the Abraham Accords.

Where is AP’s writing about Donald Trump’s amazing Abraham Accords which brought probable peace to progressive Arab regimes now cooperating with Israel? The answer is that AP is obsessed with promoting the murder of Jews by twisting the meaning of words like “militant” and “protest” and failing to give historical context to the fighting.

After writing three books on this topic, I have come to believe that this kind of mis-reporting is part of an attempted “second Holocaust” against the Jews, this time in our homeland. Nothing has changed really from the days during the Shoah when AP signed a cooperation agreement with Nazi Germany,[8] one of the most shameful acts in all of modern journalism.

George Santayana is famous for his statement that “Those who cannot remember the past are condemned to repeat it.”