THE MUSLIM BROTHERHOOD, DISTRIBUTOR OF TERROR AND SHARIA 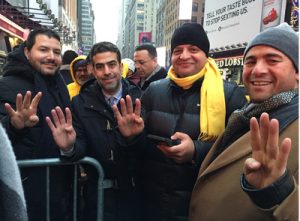 Considering the villainy done by the Muslim Brotherhood (MB) world wide, not exempting the USA, why is there still argument about labeling the MB a terrorist organization? The answer may lie in their use of stealth jihad as a major technique in the early stages of infiltration of a host country, holding back their strong-arm methods until they judge they can go for full control. Their ‘quiet subversion’, as Raymond Ibrahim puts it, allows people that don’t want to see the obvious to point to the MB’s peaceful behavior as evidence that the MB means no harm. In Prez Obama’s time, they were even welcome in the White House and capable of squashing anti-Muslim Government training material (see here). Even today, if you google queries involving them, many of the items focus on islamophobia and other noxious injuries to the MB, not coming from them.

This set of articles starts with information on Sharia law, the practical product of Sharia ideology, the rock to which the Islamic lifestyle is anchored, before discussing some MB techniques and gambits. The next articles look at CAIR, an MB front linked to Hamas, and Yusuf Al-Qaradawi, a prominent figure in the MB leadership. For insight into how CAIR argues, read James Simpson article, “CAIR’s New ‘Islamophobia’ Report: The Larger Threat,” here.

Finally, we extend the range of information about the MB to the Middle East, where MB groups and activities promoting its global mission have, in the last few years, been in conflict with such countries as Egypt and Saudi Arabia but are acceptable in Jordan, Qatar and others countries.