Mudar Zahran describes the Muslim Brotherhood as “the world’s wholesale terror producer…it has evil tentacles that stretch across the globe wherever democracy and free choice thrive.” He provides us with a description of the relationship between the MB and King Abdullah in Jordan, where it openly “works hand-in-hand with the monarchy” and helps keep the population, which is 70% Palestinian Arab, in check. It is a major force preventing King Abdullah’s overthrow, acting “as a sort of para-military squad.” In turn, with Abdullah’s connivance, it won seats in the Jordanian parliament. “The King and the MB are using their resources to promote antisemitism, hatred for America and stall the peace process, putting people’s lives in jeopardy.”

When the average American hears the term “radical Islamists” or thinks “terrorism,” the first notion that comes to mind is groups like Al Qaeda, ISIS, Taliban, or Hamas.

In reality, the world’s wholesale terror producer is none of the above, is headquartered in Jordan, works hand-in-hand with the monarchy there, and has evil tentacles that stretch across the globe wherever democracy and free choice thrive. Named the Muslim Brotherhood (MB), they are the quintessential terrorist organization, and are evil by sheer definition — they, strike fear into the hearts of man.

Unknown to many Americans, the MB was established over 80 years ago in Egypt, and is clearly the largest, most organized, wide-spread and best-financed radical Muslim group in the world today.

The MB is so large and important to the history of the region that they boast a very specialized group of graduates: Osama Bin Laden, Ayman Zawahiri, and ISIS caliph Abu Baker Baghdadi — to name a few.

Osama Bin Laden was personally indoctrinated and trained by Jordanian MB leader, Dr. Abdullah Azzam. Terrorism is so accepted, supported and encouraged by the Jordanian Monarchy, that Bin Laden was allowed to freely travel to Jordan to receive a “moral education from Azzam.” I remember as a teenager in Jordan seeing a weird looking tall man wearing a turban driving around my neighborhood in his Chevy with Saudi license plates. Eventually, that man became responsible for the 911 terrorist attacks, his name was Osama Ben Laden. And he was visiting Dr. Azzam who lived on our block in AlJubiha, Amman.

Ayman Zawahiri, Bin Laden’s second in command, who is still alive, began his terroristic career as an MB member in Egypt.

ISIS’s caliph, Abu Baker Baghdadi, was also an MB member according to statements issued by ISIS itself.

The MB’s operations as a “terror university’ is so commonplace, interwoven and approved in Jordan that graduates openly do political business with the king’s regime.

In fact, many forget that Hamas was originally founded as the “Palestine Chapter of Jordan’s Muslim Brotherhood”. This was confirmed by Osama Abu Irshaid, a Jordanian, PhD in his dissertation at a renowned British university.

The evil spawned by the MB has spread throughout the Middle East, and since its inception, has proudly carried out hundreds of terror attacks against Israeli civilians. The MB has also been a strong participant in the creation of at least 2 wars between Israel and Gaza along with dozens of skirmishes, and their Hamas branch was responsible for carrying out a bloody coup in 2006 when it took Gaza by force and butchered Palestinian civilians.

One of the things that makes the MB so effective is the value of the “AlWalaa Wal Taa” or “Loyalty and obedience” concept. The MB controls their ranks with that concept, and as such, their global headquarters are in plain sight in downtown Amman, and they have been rewarded with friendship with a corrupt Hashemite king who has turned his back on their activities because he profits financially.

All this is happening with open approval, while most Arab states and internationally recognized nations ban the MB and designate it as a terror organization. To add insult to injury, the King of Jordan has been ignoring open calls from the UAE, Saudi Arabia and Egypt to ban the MB.

One of the king’s ministers, Bassam Hadaddin, has said in an AlJazeera interview that “The Muslim Brotherhood is a part of the Hashemite regime”.

So, if the MB is outlawed in other countries, why are they so important to Jordan’s king? First, they operate outside the military, as a sort of para-military squad that operates at the King’s request and protects him from being overthrown. For example, the MB stood up for him during the November 2012 Jordanian revolution, attacking protesters while proclaiming: “We won’t allow the King to fall”.

Second, the king knows that his time is up, and in rigged elections, handed the Jordanian parliament over to the MB in what can only be described as a scorched earth policy. Although Jordan is made up of over 75% Palestinians who hate the MB with a passion, despite their hatred for Israel, during the last elections, the king who hand picks all candidates allowed the MB to gain just under half of the Parliamentary seats available. Additionally, the MB’s governing board (Majlis Shura) has only 3 Jordanians of Palestinian heritage on it out of 100 members. Combined, Jordan’s Palestinian majority are not represented by the Hashemite’s or the MB, and it’s no wonder that the people are revolting against the King — he has embraced an enemy of the people, the MB.

With this backing and support, the very westernized King helps[1] the MB promote their hatred against America, and Jews, as well as all those who oppose him and his reign because it benefits him. For example, while the king openly bans most forms of secular political movements, its ok to demonstrate and promote antisemitism, and this allows the MB to operate their TV stations, newspapers and a $3 billion trust fund in broad daylight. This allows his subjects to ‘vent’ — but at Jews, not him, allowing him to hide the truth from his people as to the real status of a bankrupt Jordan.

Additionally, with the King’s help and knowledge, the MB uses mosques and recruiting centers to preach terror and hatred against the West, the US, Israel and Jews. This means that MB values are fully commissioned and approved by the King’s regime, because with clampdowns on free press, it is impossible to operate without the King’s knowledge and permission.

This is not a case of a weak king playing an anti-Israeli/anti-US rhetoric to appease the public. He is leading this, not following it. The king appeared on TV,[2] wearing his military uniform, saying “Israel is butchering our children every five minutes in Jerusalem and Gaza” and blaming it on Zionists.

The king is using the MB very efficiently, he’s mobilizing the evil they stand for to support terrorism, violence and instability in the region. The King and the MB are using their resources to promote antisemitism, hatred for America and stall the peace process, putting people’s lives in jeopardy.

It is essential for America’s security to declare the MB a terror organization. US legislators must treat this as a priority. It is also vital that the US straightens out Arab dictators who support the MB, and consider plan Bs for ailing Arab dictators who have built their thrones on MB support at the expense of regional stability.

Mudar Zahran, Ph.D., a Jordanian, is Secretary General of the Jordanian Coalition of Opposition. He was indicted by a Jordanian military court on Dec. 28, 2013 and scheduled to be tried in absentia for four different charges relating to incitement against the ruling political regime of Jordan, criticism of the king, damaging the country’s image and inciting hatred. He was sentenced in absentia to life imprisonment with hard labor in Jordan in Feb. 2014. He lives in London, UK, where he has been granted political asylum.

This article was published August 11, 2019 by the American Thinker and is archived at
https://www.americanthinker.com/articles/2019/08/the_muslim_brotherhood_mother_of_islamist_terror_groups.html.
It is archived at Think-Israel at
http://www.think-israel.org/zahran.mbmotherofislamists.html

THE U. S. CONSTITUTION AND SHARIA LAW 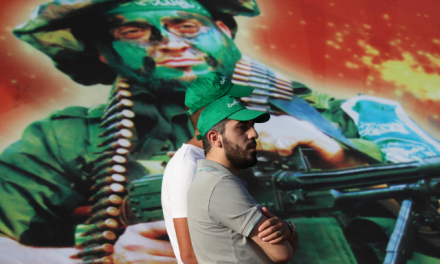 THE DEMOCRATS AND CAIR